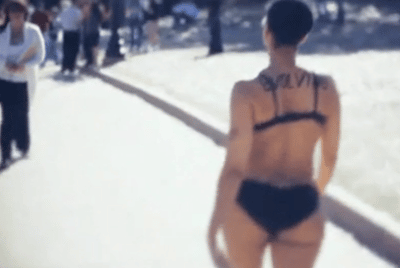 Watch R&B singer Erykah Badu in her controversial official music video for the song “Window Seat”. Erykah strips naked at the JFK Landmark “Dealey Plaza” where he got assassinated in 1963. It’s a protest about liberating yourself.