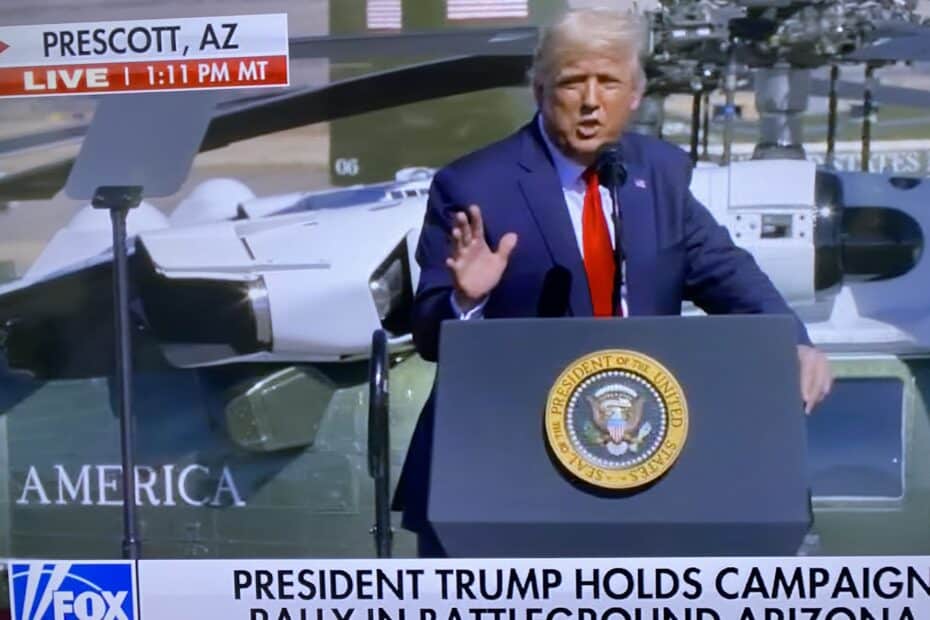 Today President Donald Trump is holding a huge campaign rally in Prescott Arizona while Joe Biden called a lid. During the rally, Trump was speaking about the pandemic, while mentioning the fake news, he said “CNN, you Dumb Bastards”. The comment drew tremendous applause from the massive crowd.

Watch the video of Trump Rally in Arizona saying “CNN, you Dumb Bastards”