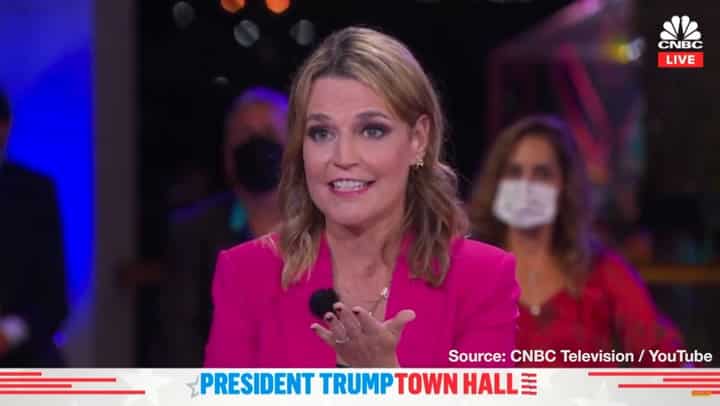 Why was NBC’s Savannah Guthrie pressing president Trump about the QAnon theory during the recent town hall in Miami? Guthrie went on to ask Trump about QAnon, “that Democrats are a satanic pedophile ring and that you are the savior of that. Now can you just once and for all state that that is completely not true and disavow QAnon in its entirety?” Trump responded, “I know nothing about QAnon”. Guthrie insisted that Trump knew about the QAnon conspiracy theory but Trump kept saying “I don’t know”. While watching this QAnon exchange, I thought to myself, wow it’s strange how Guthrie kept the pressure on Trump. It was almost like she is involved in this covert satanic pedophile group. iViewTube News Report